There can be no denying that The Great Escape remains one of the most enduring events of World War II. This framed Limited Edition Fine Art Print (14″ x 11″) commemorates the bravery and tragic deaths of The Fifty escapees, while also recognizing the efforts of all those involved. The print is taken directly from the original surviving Wartime Log of someone who was actually a part of the event throughout, and created this tribute in the days that followed. RAF F/LT R. W. Keen was a POW in Hut 122 (Home of Tunnel Dick) in the North Compound of Stalag Luft III from April, 1943 through to its evacuation in January, 1945.

This stunning Giclée Fine Art Print is limited to only 500 copies, and is personally signed and numbered by the son of the document’s original creator. Available in a choice of two quality frames, Light Antique Distressed and Dark Antique. 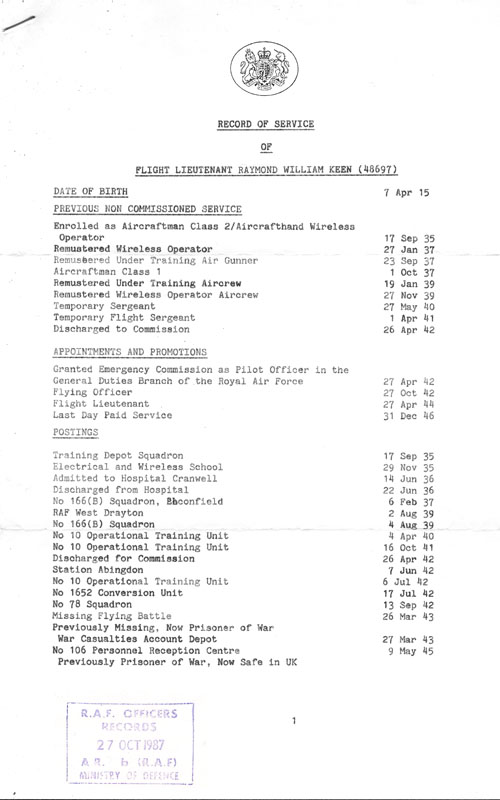 The official Ministry of Defence Record of Service for F/LT Raymond Keen, which details his time as a POW. 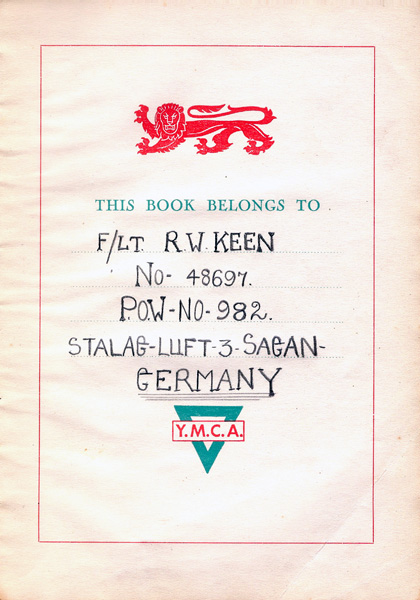 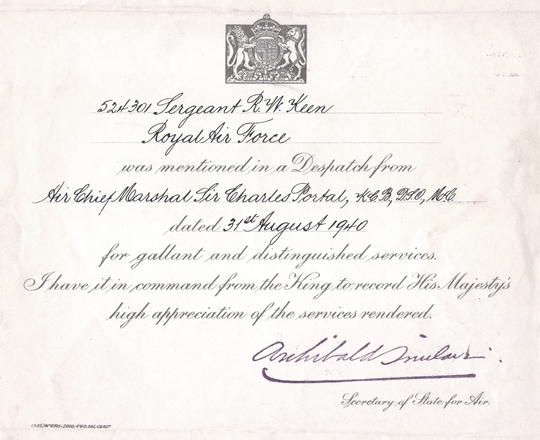